Dash is cool, and more people should know about it.

The Daily Decrypt is a Monday-thru-Friday newscast which features all the killer headlines in cryptocurrency and P2P networking. We offer sponsorships to fund ourselves, and this creates a platform for various organizations to get the word out about their projects. 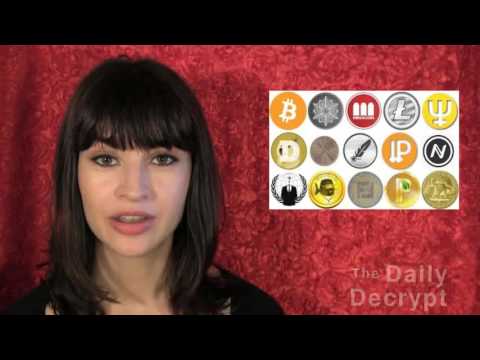 Sponsorship of The Daily Decrypt is likely to reach about 3,000 individuals within a week, as a combination of our YouTube, SoundCloud, and FacebookVideo audience. Our viewers are also not casual -- they are crypto-savvy and technically literate.

We propose 10 episode sponsorships take place, starting on January 4 and ending on January 15 of 2016. This would include daily announcement of Dash as sponsor, two incidents of Dash's logo per show, and 10-15 seconds of messaging each episode.

The messaging can and should be varied. We'll cover features/benefits like:

The messaging should be focused on inviting viewers to get involved with Dash -- or at least to learn more.

10 episodes at ~$US37 each come to 145 Dash. We've added 5 additional Dash to reimburse ourselves for the collateral payment, bringing the grand total to 150 Dash.

We are a fast-growing channel, having launched only three months ago, and hope the Dash ecosystem determines it profitable to be a sponsor of our show. Thanks!

[Our viewership/subscriber numbers can be viewed on our YouTube, SoundCloud, and FacebookVideo pages.]
Show full description ...

Submit comment
camosoul 0 points,7 years ago
With the exception of one remarkably bad snafu, I think this went rather well. My only other complaint is that it's very touchy-feely, and not much for substance... But, that's the target audience, so I guess it's supposed to be.
Reply
drorion 1 point,7 years ago
Why is it here? We have public-awareness with 2K dashes. IMHO, it should be funded from the public-awareness.
Reply

Solarminer 1 point,7 years ago
I would agree. So I chose to vote out the public awareness proposal that isn't covering things like this.
Reply

Reply
moocowmoo 1 point,7 years ago
yes, but the proposal block range spans two payment cycles, meaning the voting deadline is ~40 days away. Deadline meaning must be accepted by block x to receive the full amount of requested funds. The python I posted below lays out my logic.
Reply

rango 0 points,7 years ago
Thank you, moocowmoo. For this proposal the start block is 398784 and the end block is 423708. So the blockrange is covering the two superblocks 398784 & 415400. So given the theoretical possibility that a proposal with 1 payment cycle is not funded before the first superblock (398784) and it reaches consens after first (398784) and before the second (415400) superblock it will be paid to the second superblock? If consens is reached after second superblock (415400) and before the end block (423708) it will never be paid? If so, i wonder why Evan set the block end to automatically cover 2 superblocks? Coverage of 1 superblock would be more straight forward. I assume there is a reason, as always :)
Reply
moocowmoo 1 point,7 years ago
Yes, if it was not approved by the first cycle (398784) but was by the second cycle (415400) it would be funded then. And, yes, It would not be paid if it wasn't approved before 415400. The block-end setting defines a firm expiration of the proposal. Configuring a proposal to span many payment cycles allows for either: a) extending the amount of time available to vote on a single-payment proposal or b) generating multiple payments for recurring proposals. I use the term cycle because each proposal gets paid in it's own superblock, up to 100 blocks per cycle, (starting at 398784, etc., and continuing until either: all available cycle funds have been disbursed, or all approved proposals have been processed.) Approved proposals are processed in the order of yes minus no votes. (More popular proposals get payment priority this way.)
Reply

rango 0 points,7 years ago
Thank you very much. The new deadline calculation algorithm has been implemented.
Reply
moocowmoo 0 points,7 years ago
this qnd code will calculate the fully-funded voting deadline for a proposal: https://goo.gl/OKjUwK -- HTH
Reply
that1guy 0 points,7 years ago
Can you please let us know when exactly you plan to do these "sponsored by DASH" videos? I believe the best time would be during, or immediately following the DAPI presentation at BTC Miami. If the timing lines up I would consider voting for this.
Reply
TheDailyDecrypt (proposal owner) 1 point,7 years ago
The dates are and have been listed in the proposal above. They are January 4th thru 15th, which is the week before the BTC Miami conference. It will be great timing to promote Evan's upcoming presentation of Evolution/DAPI.
Reply
that1guy 1 point,7 years ago
Must've missed it on first glance. Thanks for clarifying!
Reply
GrandMasterDash 0 points,7 years ago
I'm a little ambivalent because, to some measure, it's preaching to the converted. I would be happier if this was, for example, sponsoring a video blog about precious metals. From my experience, PM stackers are split between the die-hards (something physical to hold), and those that see synergies and diversification. It seems to me, these type of people might be receptive to cryptos like dash.

I like to see that the sponsor logo was full screen in your todays episode. But please make sure that you use a full resolution logo too and don't forget our fancy 'dash.org' domain. Is it possible that the dash team provides the sponsor graphic?

And here is what I mean, it was horrible blurry today (full HD): http://imgur.com/QZSUs5x
Reply
the_scambuster -7 points,7 years ago
Ok, let me ask a question:
Why do you decide to support a scam?
Details here: pastebin.com/15dPiuue

Solarminer 0 points,7 years ago
Amanda does a great job on the DailyDecrypt show. I would rather see Amanda do a "How to Dash" video. I would put my votes in for that. And we still need the 1st video for the dash series.
Reply
TheDailyDecrypt (proposal owner) 0 points,7 years ago
I'm not opposed to contract work. Feel free to contact me at any time about other projects.
Reply
TanteStefana -1 point,7 years ago
This is excellent advertisement for Dash at a very minimal cost. I'm surprised the price is so low. I hope you'll reconsider and vote yes
Reply

Solarminer 1 point,7 years ago
I agree this is a great format. The price is low due to limited viewers, but that will grow with time. Actually, Dash increased from $2.50 at the time of the this proposal to $3 today and probably will be over $3 at the time of the payout, maybe Amanda and Pete can add on a few episodes. :-)

Nubits reached out to us in our very earliest stages of production, back when we had about 1/4 as many viewers and our prices were correspondingly about 1/4 of what they are now. Nubits decided that that price level was so appealing that they bought us out for 7 solid weeks at that price. We agreed to it, and their sponsorship with us will be completed on New Year's day. Lemme know if you have any other questions. Cheers!
Reply
Lebubar 0 points,7 years ago
Yes I think like Tante it's not expensive.. I think I'll vote yes.
Amanda, did you know when you'll publish or did you'll piblish the full Evan's interview?
Reply
TheDailyDecrypt (proposal owner) 0 points,7 years ago
As I'd expressed to Evan, we did not intend to gather nor publish long interviews from that particular conference. But he was keen to speak with me on camera anyway, and because he is so cool, of course I agreed and we filmed it.