All Dash Watch reports completed with Budget and Expenses chart table from the past proposal. 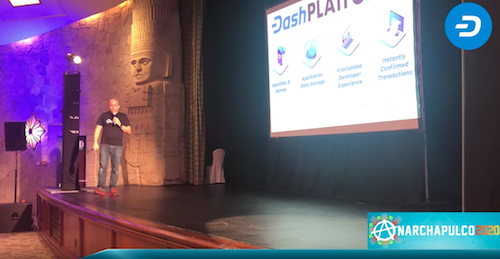 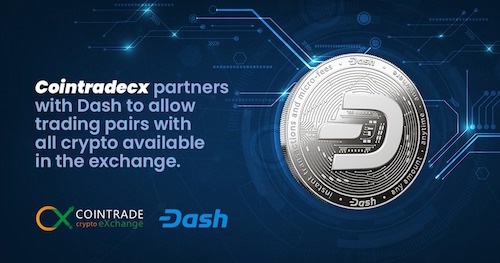 Due to the COVID-19 situation, we are putting a hold on Participating in Meetings, Meetups and Conferences 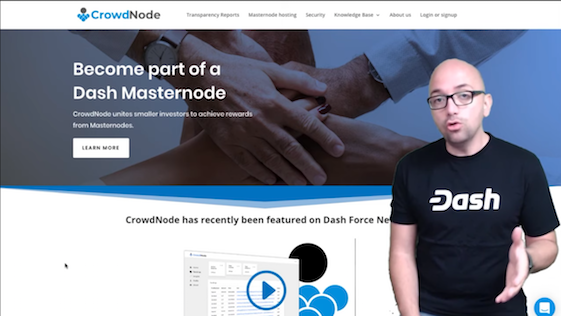 Events and Meet up by our news team

Thank You MN for your Constant Support.
Show full description ...

The teams in Venezuela are constantly forced to justify their existence, even though they are the most performant teams. While other teams, are given kid-glove treatment and excessive, imo undeserved, praise. This behavior is curious to me and I can only conclude that it is a form of cliqueishness, or political factioning forming.

I think I should point out that we're all on the same side, regardless of our country of origin or current location. There is no reason to wish to defund the very teams that are providing the PR, exposure and community adoption growth that we need to become the number 1 digital cash. So, individuals from different regions making up excuses to punitively attack what they see as regional competition for control over the network is detrimental behavior, if I'm correct and that's what's going on.

Usually proposal discussions should be kept separate imo, but I can't help but contrast these two as they're basically the same proposal in different regions with different asks and different results.
Reply
agnewpickens -1 point,6 months ago
DashPressNewsRoom is a PR arm arranged by Core in the absence of the SHIFT proposal, and yes, they will be under scrutiny once they have been in operation long enough, I would like to see more outreach in Portugal where there are favorable crypto regulations in place already. Someone pointed out to me that Brazil is much larger, but Portugal looks to be more of a low hanging fruit market, nevertheless, I support this proposal, as we need Portugese language services as part of our outreach, and I like the fact that Rodrigo is reaching expats in Japan, maybe he should connect with Samurai33 who is going to have an uphill battle trying to get Dash past regulators there.
Reply
therealDashman21 1 point,6 months ago
Well the fact is that Brazil has 212,559,417 people and Portugal has 10,572,721, so why would the 90 Dash/cycle not be an easy decision for you if this proposal doesn't focus on Portugal as well? I don't understand, why is a country with less than 1/20th the population of the target demographic of the proposal matter to you in support of this team? I'm trying to understand...

Regardless of that, DashPressNewsRoom is basically the same thing as this although I don't think they can boast adding 25 MNs to the network so they're actually less performant from the beginning and probably always will be unless they provide a really big boost somehow. Despite that simple fact, they're asking for more than twice the ask of this proposal while having provided nothing yet and most likely not being able to catch up with this proposal. I just am having a hard time following your logic.

You don't feel comfortable with a 90 Dash ask for Brazil, because it doesn't include Portugal, a country 1/20th the size of the target market of the proposal...BUT YOU DO FEEL FINE with DashPressNewsRoom, which is more than TWICE THE ASK, with a much smaller target market - i.e. the people who would read Dash-specific news...in a market that deliberately refuses to do such (and let's be honest, there's no way they're reaching all 300 million of the US judging by Mark and DFN's previous youtube numbers)? Please, help me to understand how that makes any sense.

Portugal is a tiny backwater compared to Brazil. Not to be offensive to Portuguese either. But I'd much rather have a strong foothold in Brazil than in Portugal. In business you always target GROWTH MARKETS because that's how you make money, off of GROWTH. Portugal has an aging population like the rest of Europe, and its a tiny country really. So targeting Brazil instead is, imo, the right move.
Reply
Currency_use_case 0 points,6 months ago
note: Brasil is not an economy that is looking to switch to a new currency product. Therefore, the ROI on the DAO investing into Brasil could be weak
Reply
BrazilCommunity (proposal owner) 1 point,6 months ago
Thanks for your comment, Currency_use_case. Brazil is a huge player in the crypto community with over 50 crypto Exchanges and we manage to build a 25 MN fund from Brazilian investors only since we started our proposals.
Reply
qwizzie 0 points,6 months ago
You have my support.
Reply
BrazilCommunity (proposal owner) 1 point,6 months ago
Thank You qwizzie for your support.
Reply
therealDashman21 2 points,6 months ago
Voting an obvious Yes! Dash Brazil/BrazilCommunity has done very well so far and, as far as being a paid promotional channel for Dash in Brazil and LatAm, I can say that it looks as if Rod is doing a good work down there. I liked the infographic that was available on this team's previous proposal. On it, you could see just how far their reach is online. I think that this proposal provides a good benchmark on how we can evaluate these kinds of paid PR proposals, both now and in the future.

Not only in terms of the amount-ask, but also in terms of reach, community size and eventually growth over time. Thanks to Rod's efforts, Dash has several moderate- to-largely-sized social media groups on Whatsapp, telegram and facebook (with 3k members in the last one) representing a pretty significant online Dash community (probably similar in size to the online US reddit and dash.org/forum community), as well as 5k and 3k followers on twitter and Instagram respectively apiece.

That's a pretty decent ROI for money spent. It would be nice to see some reflection of this online activity in real life in some way, like DashText, or Dash android active use, but I'm not sure about the current vectors for mass adoption in Brazil. It could be that currency_use_case's frequent criticism of attempting to override a for-now fully functioning currency will prove correct, at least in the specific case of Brazil, and will provide slim ROI. For now. But having this community there in Brazil, knowledgeable and willing to recieve Dash in the inevitable collapse of fiat currencies is not to be taken lightly either.

In fact, I was a touch disappointed that this proposal's ask is so small. The previous proposal had an ask of 160 Dash, and I was comfortable with support at that level. Perhaps the covid9 situation has dramatically cut costs this cycle? Regardless, as a student of the liquidity school of adoption, I always love spending Dash in new and burgeoning regions globally, with teams that are working to spread Dash adoption.

So the more people who get their hands on Dash, the better in my book. I literally can't see anything wrong with the strategy of just blasting Dash all around the world from month to month into the hands of good, honest, hardworking teams spreading adoption and spreading Dash. From reading the dashWatch reports, and following their proposals, it does seem that DashBrazil is such a team!

Rod has verifiably gotten 24 MNs in Brazil added to the network, which is great for our global decentralization, both of MNs and Dash in general. Now our governance is starting to become truly global, which is a necessity imo in order to properly reflect the needs of the local communities we wish to get using Dash as their daily currency in the votes of the masternodes.

If all the masternode owners are from say, Europe, they may not have the perspective or motivation necessary to evaluate and vote on proposals in countries that are vastly different from European ones, for example. But with dozens to hundreds even thousands (eventually one day) of masternodes in various regions all over the world, the will of those people becomes more and more represented by the behavior of the MNs in those regions.

So of course it stands to reason that having a community this large in Brazil is without a doubt something that is going to be useful in the future when Dash is ready and poised to take center stage with Evolution. In that day, I can envision all Dash communities globally joining together in a sort of Dash nation. Just like reddit provides a space for different people from all walks of life to talk about common things among them.

So too does dashcentral allow MNOs to come together and discuss proposals. This despite the distances that separate us and the anonymity between even how many masternodes are owned by how many people. So too will a global, cheap, instant digital currency with paypal-esque user account functionality facilitate global payments.

Payments between different regions. Payments and business done completely without concern for borders or timezones. Just like we the MNOs deliberate over proposals in Venezuela, Thailand, Nigeria, now Japan. We have reached a level of mass adoption no other coin has, not even BTC. Don't be fooled by the transaction count, IIRC upto 1/3rd of BTC's daily transactions come from a single service.

Just like BCH has something called blitzticker that stores uptodate ticker info on the blockchain...half of BCH's daily transactions are from one service! Similarly with Monero. But unlike those coins, Dash has a growing infrastructure globally that continues to grow with every budget cycle. Bear market, bull market, DCG is funded, Dash DAOs get paid. Covid9 shutdown or not. Dash is still paying and supporting our global communities and DAOs during a time when most are being shutout from economic empowerment. That means, we're gaining on everyone who can't do that too.

Therefore, its obviously a VERY good thing that we've already laid this ground work globally and now in Brazil as well. That is why I whole-heartedly support this proposal. Join me in voting Yes! for Dash Brazil Q2 2020.
Reply
BrazilCommunity (proposal owner) 2 points,6 months ago
Thank You for your kind words, at the moment we stop all events and conferences and this is the main reason we are not asking for more funds. we want to resume this after this madness is over and when my wife lets me out to travel again :). We as a community have more Proposal for Dash .but with low price we decided not to put too much pressure on the treasury and allow other communities to grow as much as possible. Once Dash is over $300 USD we should expand our proposal to other areas where at this moment it is not a priority. Cheers mate
Reply
rambrissi 2 points,6 months ago
Hi Everyone - I'll be using the Brazil Community Account on Dash Central in order to present Proposals for Dash Brasil
Reply
BrazilCommunity (proposal owner) 2 points,6 months ago
Dash Brazil Proposals will be posted under the MN Fund Brazil Community - Thanks to all MN for the Support. Please Vote.
Reply