My name is Blake Chamness and I have had three proposals pass through the Dash Treasury. Happy to be doing this work. I like seeing others get involved with Dash and I think that people in digital currenency should not be intimidated by joining our community and learning about all the great stuff going on with Dash Digital Cash. My job is to go into major cities across America and join digital currency meetups and anywhere I can to inspire others to understand and represent Dash Digital Cash.

Just completed my second Dash Watch questionaire-I will post the link here when they send it back.

Also midway down the page here I have screenshots from my Wells Fargo Account showing results from searches for Facebook Ads, Coinbase, Priceline and Expedia

Find it here as well-Dash Watch

Here are photos I've collected-met a lot of people all over the United States...gave a lot of speeches...made a lot of friends....set-up a lot of Dash Wallets! 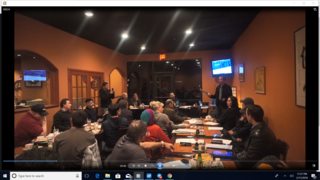 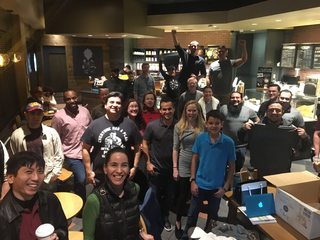 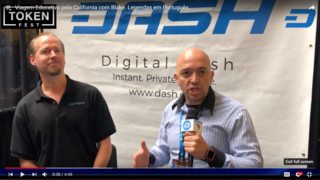 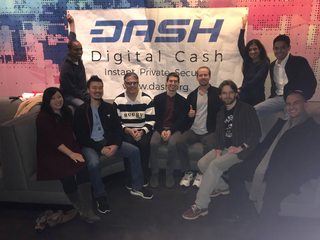 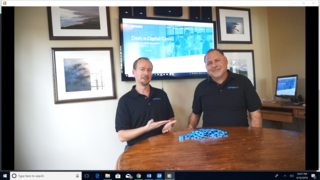 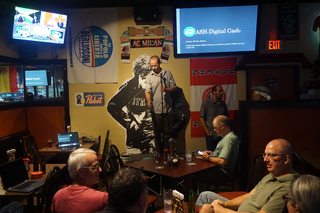 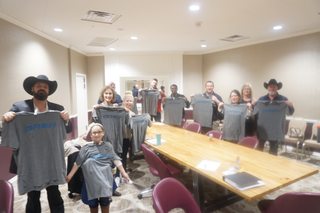 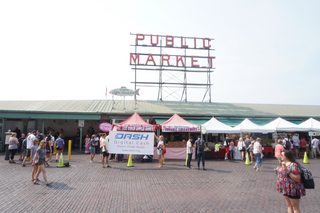 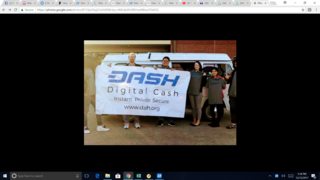 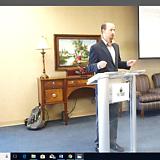 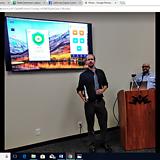 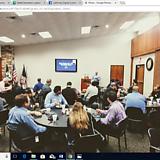 Transparency in Spending- So you can see where my money goes here are screenshots from my Wells Fargo Account using keyword searches for Facebook Ads, Coinbase Priceline and Expedia over the last 90 days. Sent these to Dash Watch-will be remaining in contact. 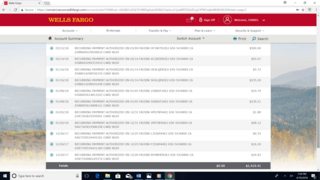 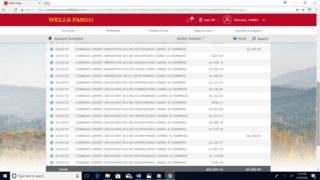 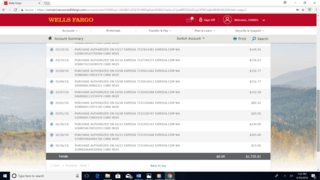 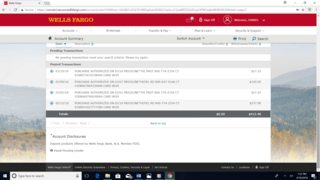 Almost one year ago is when I was interviewed by Dash Force News and started my first proposal!


Atlanta and Boston are the next two cities I plan to make aware of all the great things Dash is doing around the world. Anyone reading this in Atlanta or Boston that wants to help can feel free to comment and join me.  I have reached out to the organizers of the big meetup groups in Atlanta and Boston and plan on making an impact at their meetups as well as events around town that I have mapped out.

I will also be starting my Digital Currency Meetups Ads on Facebook as well as using Craigslist-which I found both to be really helpful in finding and researching potential Dash Ambassadors. 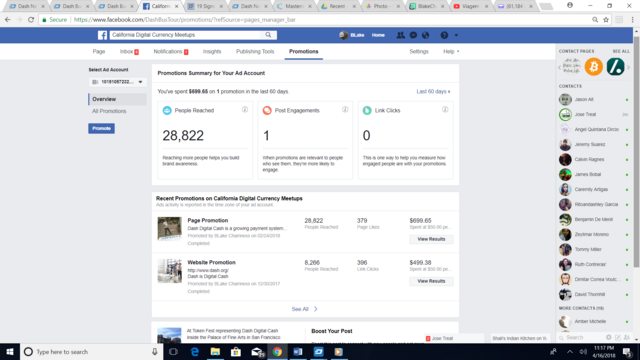 What makes a good Dash Ambassador- A good Dash Ambassador informs the digital currency community in there area on what Dash Digital Cash is and how it is different than other currencies while highlighting our projects taking place all over the world. They are given flyers, banners, and shirts to hand and Dash to set-up wallets. They document there success and share it with the community. If they have a good idea-THEY GO FOR IT!

I am happy for the big proposal winners but purposefully scaled down my own. I will not be covering as many cities this time so I am asking for less and really think I have learned how to utilize the internet more through my Digital Currency Meetup Page ads and Craigslist. The goal this time is to work smarter not harder. I would actually like to try and get before and after information from the two cities on Dash website views and such from the person who is keeping track of statistics I've seen posted in the pre-proposal forum lately.

One other thing I am trying out now is using Geeks Who Drink as I found them everywhere I went and some of them have good turnouts. It's an easy way to get Dash Digital Cash mentioned and provide a small prize for the night. For the record I don't enjoy trivia but just saw this as a perfect captivated audience suitable for digital currency conversion. Maybe you've seen them-here is the weekly list for both Atlanta and Boston. 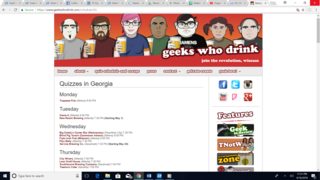 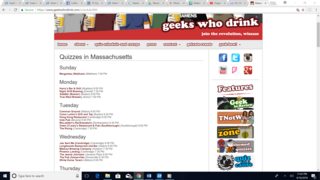 Thanks for taking the time to read.

Submit comment
bchamz (proposal owner) 1 point,4 years ago
Well-I had fun Dash Team and this was an interesting phase of my life. It was fun to go around and be on this mission. I went many places and met many people.

Dash for the win!

I would then spend around 2 weeks in Atlanta and while there start running my ads for Boston where I would also like to spend about 2 weeks. The ads are great for finding digital currency enthusiast in the area and getting to know them and the area.

Thanks for commenting! Are you in Philadelphia I take it...? Any Dash groups up there?
Reply
ec1warc1 0 points,4 years ago
I was discussing the ability to promote meetups via facebook with George D. just last night. Can this still be done? Please comment here. It is very interesting to us to know about your experience with FB ads for meetups, etc. here in Colombia. Or, email me: edward[at]dash.red - THANKS!
Reply
bchamz (proposal owner) 0 points,4 years ago
Hey, so my page is called Atlanta Digital Currency Meetups right now-I change the name to what state/city I am in.

Its primarily Dash news. Like a big Dash ad that never really says it.

I can target cities and get quite a few crypto-enthusiasts to like it and those who do I start getting to know through messages.

I'll email you my thoughts on it. I believe there is MUCH power if all Dash supporters ran local ads in there area!
Reply
PhilaDASHia 1 point,4 years ago
small groups in south jersey and one north philly suburbs plus a medium group in downtown philly... you be passing through here to get to boston likely so stop in and say hi
Reply
bchamz (proposal owner) 1 point,4 years ago
I will-email me if you want- bchamz@yahoo.com

Meetup when passing through
Reply
reasonably 1 point,4 years ago
This bus will be worth millions of dollars in the future as a cult-icon for the dash community representing the grass-root level marketing and efforts. Voting yes. Considering the cost is 40 dash and proposal fee is 5, I hope that it can be moved to dashboost in the future as well and that dashboost can get significantly more resources for projects like this one.
Reply
bchamz (proposal owner) 1 point,4 years ago
I sure appreciate your comment. It is still fun to drive in just to see the faces-you can see the businessmen and women sometimes have this resigned look of, "I guess this electronic money isn't going away." Then sometimes you see a face just beaming with happiness. And many honks.

One thing I really want to go for on this trip is getting the regular everyday people. I was all about the crypto-crowd before-and I will still hit that angle attending meetups and such...but I think my true joy lies in converting the people completely new to the idea that fiat is not the only way to go anymore. The Central Banks have failed-were trillions in debt-and for once in history there is a way out that the banks can't stop. We have our own talking heads, our own treasury, and our own governance. You got a phone, you got a bank where you can dial into a global market.

IF there is one complaint I have about the crypto-community after this last round of traveling-it's that were too far into the self-congratulatory phase that could create an environment that paints us as the new bankers. (Cue John Oliver's cringe-worthy predictably pompous segment on digital currency...)

I want the newbies, I want the janitors, I want the guy who has to hand me his phone and just make me download the wallet for him. (And then later proudly emails me about how he can buy 1 million of some other alt coin he has found. ;)

I will keep building contacts, keep placing flyers, giving out shirts...and I want to make a commitment to remember to be likable to all I come across. IF I can listen to people, smile, and simply pass along this vital information....this is how we win.

I see us-the digital currency crowd-treading closely on that fine line of smugness sometimes-which is easy after years of ridicule....but to win we have to be likable. Anyway, thanks for the comment.
Reply